2013 ….you wait all year for one and then two come along at once.  The year has started in an altogether different way to my first year.  Whereas before it took me about a month to figure out how I could get to see any ballet performances at the theatre; this year the Academy provided us with tickets both to see Paquita by Paris Opera Ballet at the Bolshoi Theatre and a gala of the leading ballet stars at the Kremlin Theatre.

But more about that later – talking about how this year has been different; I’ve found it’s almost a whole new level of training this year so far.  For a start, my timetable is a lot fuller with my academic classes.  I’m studying history, history of culture, geography, maths, history of ballet, history of theatre and something that’s a bit like the citizenship classes I used to do at junior school where you basically learn about looking after yourself and the world around you.

The academics are hard being in Russian (we’ve already had our first test in history); but I really feel like it’s a big help in terms of improving my spoken and written Russian – I still have Russian language classes too.  This is all in addition to my dance training and rehearsals for performances.

My new ballet teacher, Natalia Igorivna Revitch, is really brilliant; I’m learning a lot of new things from her.  In repertoire, she is teaching us group pieces from Coppelia.  I also have a new acting teacher and a new character teacher.  My gymnastics teacher is the same as last year which I’m really happy about because I like to ask her for exercises to improve my flexibility.  She says my flexibility a la seconde has really improved.  In addition, I also have a new duet dance class.  It’s so interesting to see how pas de deux is taught at the Bolshoi.  We of course are starting right at the beginning and working up in building blocks whereby I can see that each step is so important and beneficial to achieving those familiar classical poses of the great pas de deux on the stage.  Our class is split into a tall group and a short group; I am with the short group and we do class with the shorter of our two Russian parallel classes.

I really like this fuller schedule though – and once again the time is already flying by.  Already it’s October  and we are due to receive some more students soon so possibly my room-mate and I, Carol (who is from Italy), will get a third person in our room.  The diploma course is definitely hard work but, as an amazing bonus, the theatre tickets have given us something special to look forwards to at the end of the week.

Starting with Paris Opera Ballet– I was so excited because this is the first time I’ve seen them perform live.  The difference in style was definitely evident; for example all the power came from their legs to execute jumps rather than being helped by their upper body – as is taught in the Russian style.  Therefore, they were all so serene and placid in the upper bodies while their feet were like daggers.  I couldn’t believe how every single dancer on the stage had feet to die for.  Most impressive was the lead male dancer who just appeared flawless throughout which is ironic seen as Paquita is often acknowledged as more of a ballet for female roles.  In this version, most of the female variations were omitted but this was made up for in magnificent core pieces which were just dazzling with the beautiful costumes and scenery, particularly in the second act.  I thoroughly enjoyed having the chance to watch such an elegant company but the best thing I’ve seen so far was the gala performance, Stars of the 21st Century, last Saturday.

I couldn’t believe how lucky I was to see so many of the top dancers of the moment performing all under one roof (with dancers featured from the Bolshoi Ballet, Mariinsky Ballet, English National Ballet, American Ballet Theater, Berlin State Ballet, Nederlands Dans Theater and the Royal Ballet).  That roof being the Kremlin theatre itself where I’d never been before.  It was such a wonderful theatre because every single seat was a good seat and there was no need for me to stand or sit on the back of my seat for a decent view.  My favourite dancer of all time opened the show, Evgenia Obratsova, doing a pas de deux with Artem Ovcharenko.

But the list of course doesn’t stop there – incredibly I also saw Natalia Osipova dancing two pas de deux with Ivan Vasiliev which were from the Hunchback of Notre Dame and Romeo and Juliet.  Alina Cojocaru danced with Johan Kobborg in a pas de deux from Manon, David Hallberg danced both a contemporary solo and the duet from Onegin with the beautiful Olga Smirnova who completely blew me away in her rendition of that and also the Black Swan in which she was partnered by Simon Chudin.  A spectacular contemporary performance was given by a dancer I have never come across before – Desmond Richardson from the contemporary ballet troupe, Complexions.  He danced a duet with Anastasia Vinokur, choreographed by Dwight Rhoden.  My favourite was his solo by the same choreographer; he was so strong and had the ability to form such powerful movements – it was incredible to watch.

The last piece really stuck in my mind.  It was called Subject to Change and was danced by Diana Vishneva from Mariinsky Theatre and Andrei Merkuriev and four dancers from Netherlands Dans Theater.  It involved a huge red carpet that was unrolled and manoeuvred about by the four dancers while the main two dancers danced on and around it.  It was so innovative and effective it captured your attention from beginning to end.  There were also two dancers from the Berlin State Opera who danced a duet which I really enjoyed called Live Now Think Later which was really fun and energetic.  A neat final touch was at the end where all of the dancers returned on stage for a coda signalling a wonderful end to a wonderful gala. 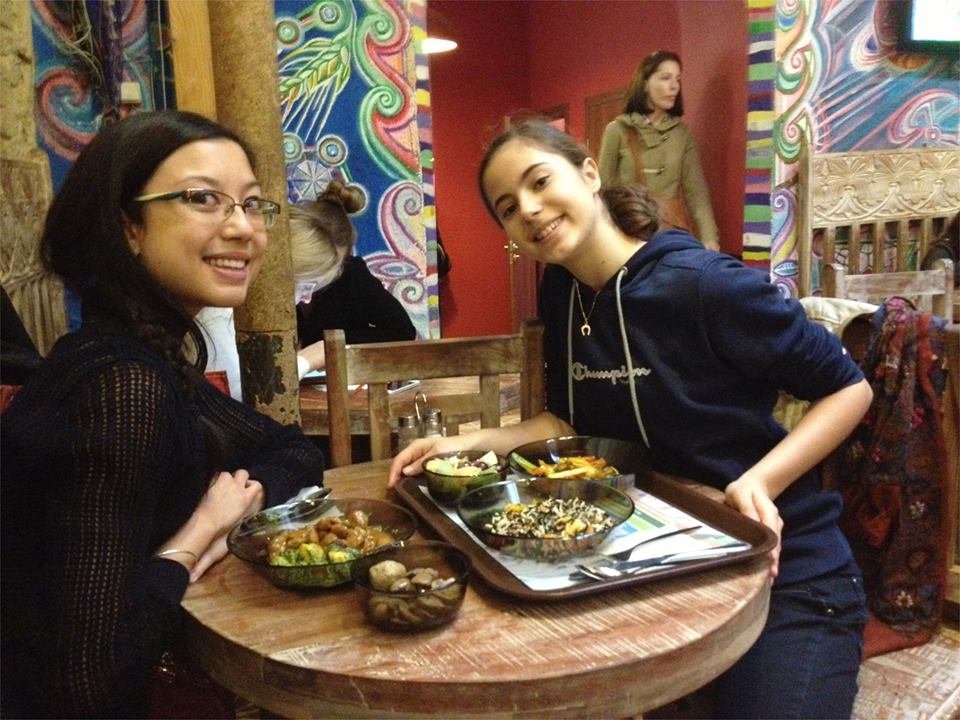 So I’ve been really lucky this first month with my theatre viewings and have also made time to go to my favourite vegetarian restaurant, Jaggernath, a few times.  I’ve also discovered a vegan shop and restaurant called the Happy Vegan Shop in Kropotinskaya in the centre of Moscow – so I’ll be visiting there lots to top up on my groceries!  And I feel like I’m not only getting back into the swing of things but discovering an even more enhanced experience than last year – with a demanding and exciting year ahead. 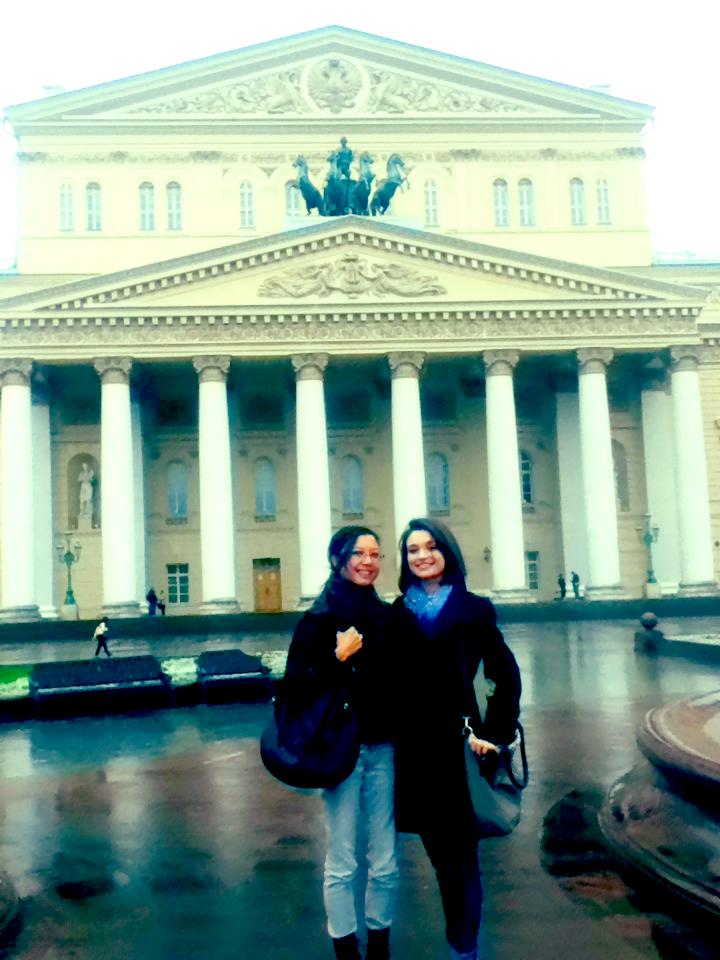