Debut on the Bolshoi Theatre Stage

February was such a fantastic month that I really expected to find March ever so slightly disappointing in comparison, however, I couldn’t have been more wrong!  I’ve been so busy this month that I almost don’t know where to start.  I suppose most significant was my debut on the Bolshoi Theatre stage!  We were very lucky to take the waltz and adage of Оживленный сад from Le Corsaire to show as part of the Russian Ballet Competition 2015, held in the Bolshoi Theatre. 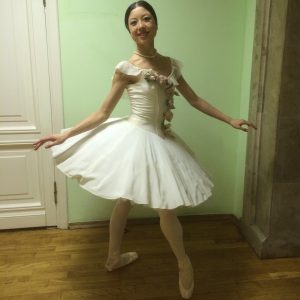 It felt very special to wear the Bolshoi’s own costumes and have our hair done by the stylists that work for the company.  Indeed, finding my name on the back of the dressing room door was a dream come true.  In addition, we, of course, were able to view all the competitors of the competition who came from a variety of schools across Russia including the other famous Russian ballet school, Vaganova.  All the Bolshoi students won awards which we were, of course, very proud of and excited about!

That wasn’t the only performance of the month, however; at the beginning of March was the Academy’s Spring Performance and my class were chosen to perform the Katerina variation, choreography by Moiseyev, that we have been preparing for our character exam at the end of the year.  It’s a Ukranian folk dance in which we dance, arms linked, in a line making a very visually effective ensemble piece.  It was lots of fun to wear the tradition Ukranian headpieces and to be able to perform such an upbeat lively number. 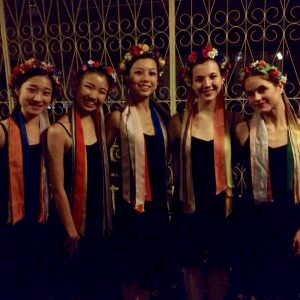 The weekend that followed was actually a mini holiday for us; we were allowed the Saturday and the Monday off! Therefore, I took the opportunity to go with friends to watch Ekaterina Shipulina and Semyon Chudin perform in Giselle.  I think I can certainly say that Giselle is my favourite of the classical ballets as it’s probably the deepest emotionally and, therefore, seems more accessible from the point of view of the real world. 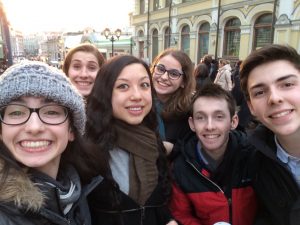 We waited the whole day for the student tickets which were standing tickets at the very top of the theatre, however, the view was a good one and, of course, it was really worth it!  Chudin might possibly be my favourite male dancer at the moment as his technique is flawless and, through that, he delivers an unparalleled performance quality.  It was also really interesting to watch the acting scenes.  Last year we spent quite a lot of time working on these in acting class and so I could really appreciate the nuances of the performances in these sections. 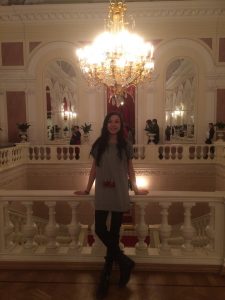 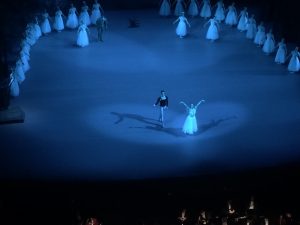 Lastly, our ballet teacher, Revich, organised for us to watch company class, rehearsals and the matinee performance of Cinderella of the Stanislavsky Ballet company, also based in Moscow.  This was a really wonderful experience as I’ve never before had free-rein to wander around a theatre while the company is carrying out their daily routines in this way.  I particularly enjoyed watching the technique classes at the beginning of the day and seeing how they differ from the classes we take as students; the professionals know exactly what their bodies need and so are free to embellish the exercises as they please!  We also recognised a lot of former students of the Bolshoi who have gone on to work for the company.

So all in all it’s been a very eventful few weeks, in which the time has simply flown by.  Already next month we’ll be starting work on our ballet exam and no doubt the pace of things will quicken even more!