A Year at the Bolshoi Ballet Academy Completed! 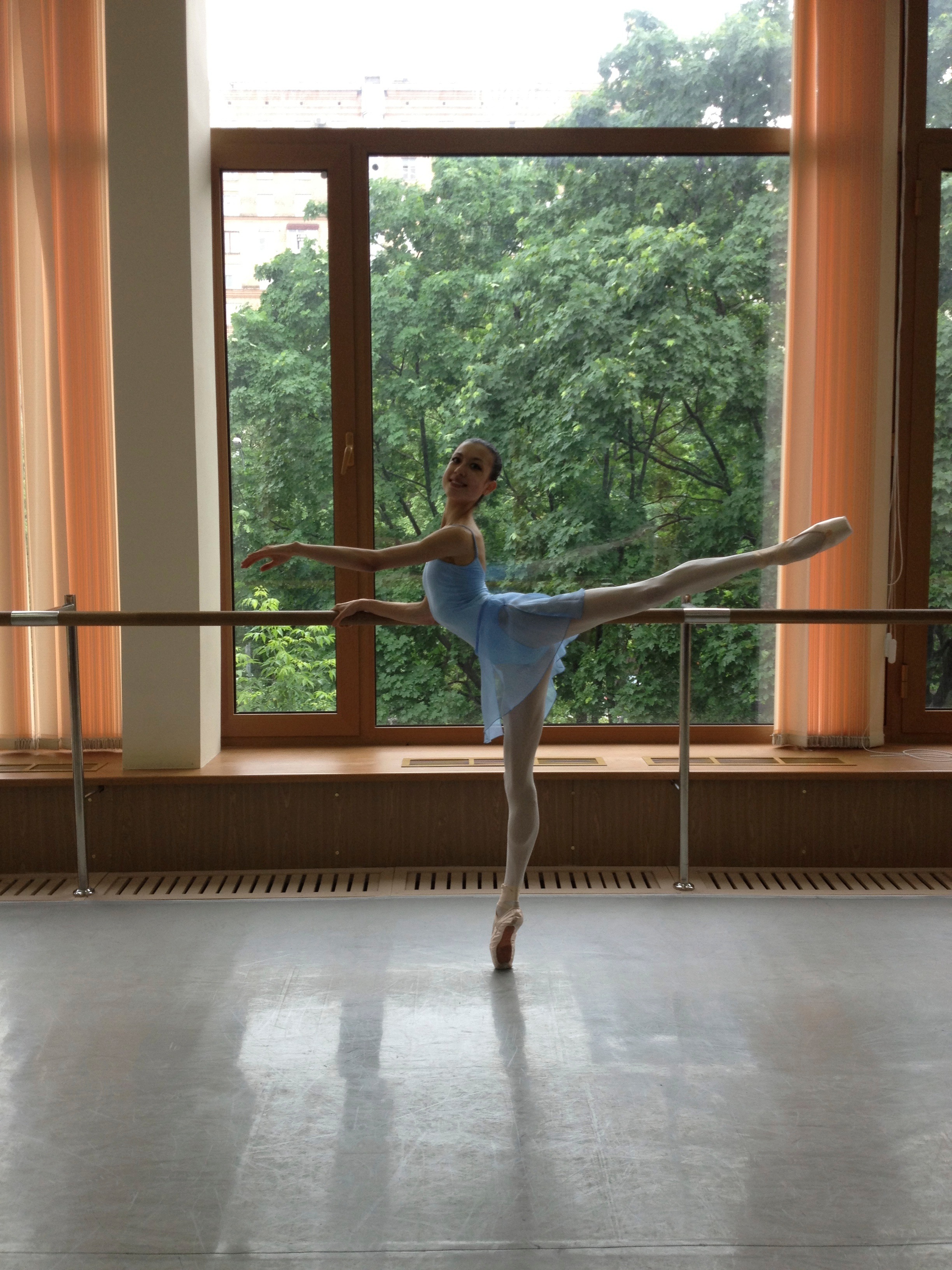 May is behind us; June is here; the Moscow sun is blazing- exams are over and my 2013 summer holidays are less than two weeks away! Who would have known that my first year of training here would be over so soon? Returning to the Academy in December- indeed, since I began in August- it never occurred to me to even consider how I’d feel at the very end; it seemed so far away at the time.

Now, looking back, I can truly appreciate how much I’ve learned, not only in my training, but in life as a whole, and how much stronger I’ve become, both mentally and physically. I feel as if I’ve made the most progress in this one year than any other- nowhere else could I have reached the level I feel I have achieved. 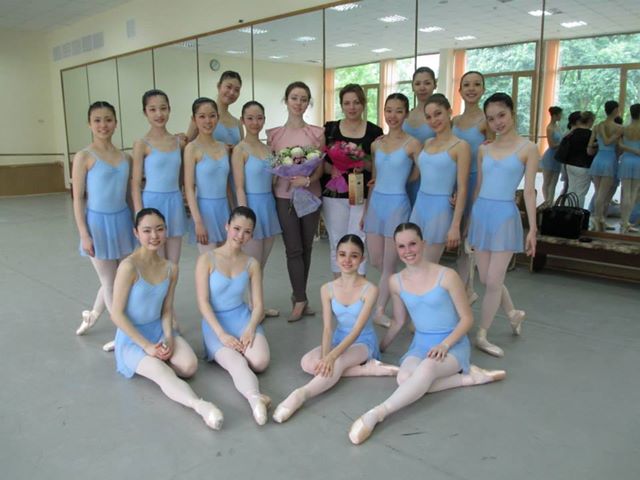 My last exam finished on 29th May. We completed both our ballet (at 9 am) and character (at 4 pm) exams on that same day, so we were exhausted! The immense sense of joy and relief afterwards, however, was indescribable. We’d been working solidly at these set classes for the whole month before (also for our historical dance too, which was on 22nd), building and building upon correction after correction in order to render every movement in its ideal form. 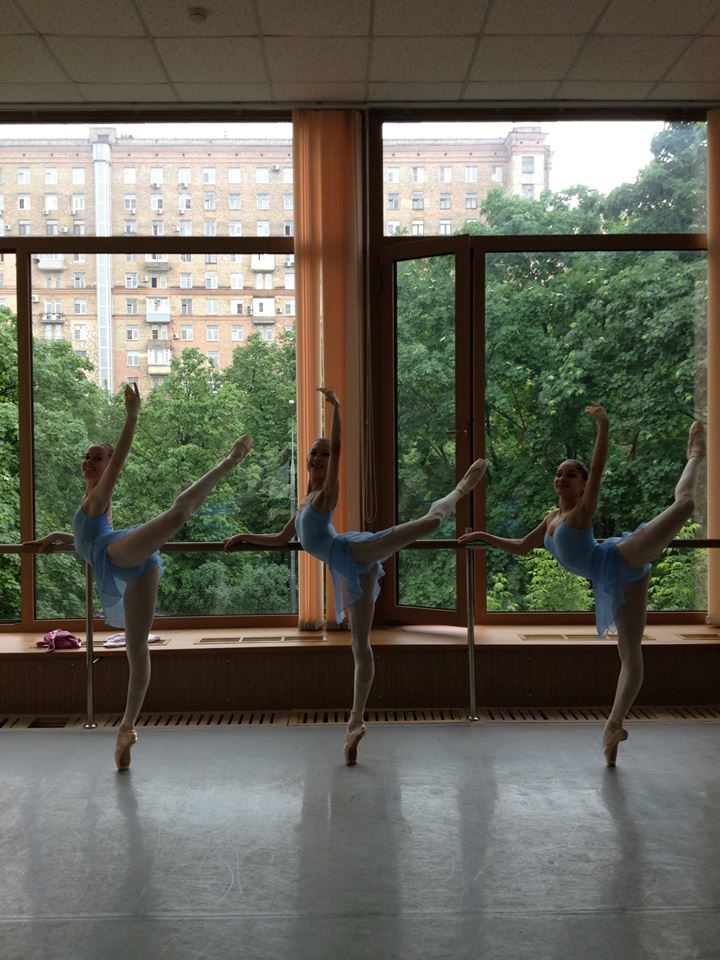 It felt as if I’d been through a transformation. Our exam ballet class consisted of ten barre exercises, six for centre work, thirteen for allegro and eight for pointe work, all of which we were practising, in their entirety, every day. My stamina, as a result, has risen noticeably and my mental endurance as well!

At the reverence which ended the exam, this transformation presented itself to me explicitly, and I think this was so for everyone else in my class- we had finished our first ballet exam at the Academy! It was a very emotional moment for all of us!

I put so much emphasis on the ballet exam because it is the most important, which isn’t to say the other two exams were easy. After character, it being the very final exam, we were also hugely satisfied with this sense of completion.

And to celebrate…the whole class went to an American diner here, famous amongst the Academy students! I ordered the Snickers milkshake I’d heard so much about already and a proper American waffle with strawberries and chocolate sauce! It was a wonderful evening- the first time we’d all genuinely relaxed in a long time.

The month of May also saw me visit the theatre twice early on to see the Stuttgart Ballet’s Gala and La Bayadere by the Bolshoi, of course. Up until the night of the Gala, I’d never seen the Stuttgart Ballet live, only online as research (something I’m making an intensive effort over, with a view to expand my knowledge of companies as much as possible so I can make informed choices when I begin to look for work), and so I didn’t really know what to expect.

I knew already- and this is why the company appeals to me so much- that their repertoire consisted of both strong, pure classics and many boundary-pushing, neo-classical works. With their representation of Romeo and Juliet already performed earlier in the week, the Gala was mostly contemporary and neo-classical pieces with the most classical pas de deux being one from ‘Onegin’. I for one, however, did not find that a flaw at all; rather, I revelled in the energy brought forth in the vast collection of works.

The Gala consisted of three sections, mainly containing pas de deuxs. The highlight, for me, came in the form of Alicia Almatriain, Stuttgart’s best ballerina, who danced a pas de deux in each section. I was completely in awe of her ability to dominate the stage; she demanded the audiences attention due to her utter fearlessness- a factor which I discovered I admire the most in a dancer.

Her first piece was the comedy work, Grand Pas De Deux, which pokes fun at the classical pas de deux. I don’t normally enjoy funny ballets, but Almatriain was hilarious! So perfectly did she capture the tone, that I realised just how mature a dancer must be to give such an immature performance, and just how technically brilliant to be so bad!

Second was the moody ‘Two Pieces for Het’ with a distinct Spanish flare. Almatriain’s movements were dagger-like in their precision, from the crisp triple pirouettes at the start to every impeccable fifth position. That’s not to say, however, that her strengths draw only from flawless ballet class execution, she is a master of true, complete performance- different distinct emotions exuded from her in each piece she performed.

Finally, she danced Mona Lisa, a very contemporary piece that showed off her range of movement to the full; such amazing turn-out, feet, extensions in general! And yet all with the dynamic strength of a real pro. I came away from the Gala truly inspired. 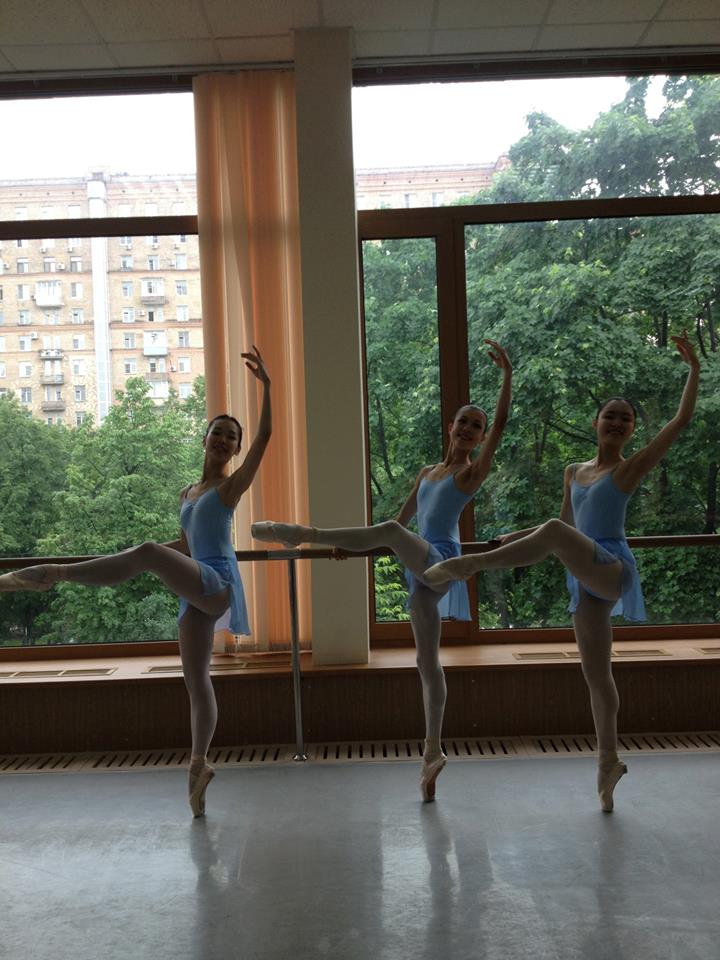 The first time La Bayadere appeared on the Bolshoi’s repertoire this year, I was disappointingly unable to go see it. So when I discovered it was to be shown again, this month, I jumped at the chance to add it to my growing list of viewed ballets.

I’m so glad I did! La Bayadere is such an exotic ballet. The costumes are so elaborately decorative in that Arabian style and the choreography makes the most of the temple dancers’ distinctive hand gestures as motifs that are returned to throughout.

My favourite part was the famous entrance of the Shades; previously a long awaited desire of mine to see live. I was entranced as each dancer gracefully breathed into every arabesque, seemingly gliding down the ramp. Also the three solos, danced by Shades from this section, are three of my favourite solo variations. It is hard to decide, of course, but I think I consider La Bayadere to be one of my favourite ballets. It is simply so dazzlingly exquisite.

My final thoughts for this entry are those of thanks to all those who have helped me attain the position I am at today- I would not have been able to grasp this life changing opportunity if it weren’t for you all, thank you for all your incredible support! To all those who have sponsored me, those who have helped organise and participate in fund raising events and family and friends who have provided support and financial contributions – thank you all so very much indeed! I couldn’t have done this without any of you and I am eternally grateful!

I am so excited to see my home, friends and family again on 15th June- I know it will be a special summer after an incredible year in Moscow. Today I collected my certificate for the Traineeship and, with it, I look proudly back at my first year and excitedly onwards, to my coming three Diploma years which will see me back in Moscow in August.

PrevPreviousOne Show – January 2013
NextLooking ahead after my summer break …Next